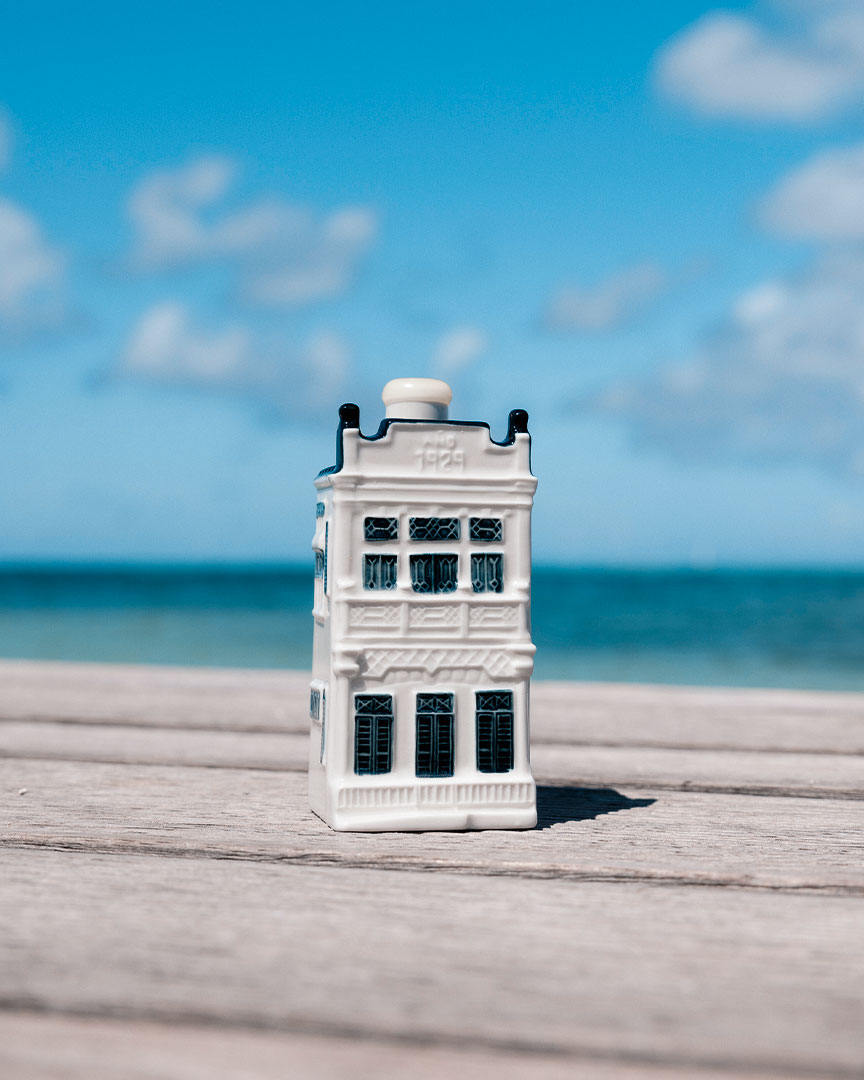 KLM has turned 103 today and traditionally this includes the unveiling of a new Delft blue house. This year we chose a miniature version of a house in a special location: the house of the Ecury family in Aruba. This year Aruba celebrates 100 years of aviation on the island and the house – which is now part of the National Archaeological Museum of Aruba – stands close to where the first plane landed. In addition, the Ecury family has been instrumental in the development of aviation on the island. KLM first flew to Aruba nearly 90 years ago, where it operated scheduled services in the Caribbean. From 1974, KLM started with a fixed flight connection between Amsterdam and Aruba, which we now operate on a daily basis.

The house was handed over to the acting Governor of Aruba Agustin Vrolijk and the Ecury family on October 7 in Aruba,by Marjan Rintel, KLM president.

The house is located in Oranjestad and was built in 1929, close to the spot where the first plane landed on the island 100 years ago. The Ecury family lived here, which enjoyed great social and business prestige. Their son Nicasio ‘Dundun’ Ecury built his business empire from here and played an important role in the development of aviation on the island. His son Boy Ecury went to study in the Netherlands and became a resistance hero during the Second World War. In 1944 he was betrayed and executed. Since 2009 the house is part of the National Archaeological Museum of Aruba.

The centerpiece of the museum is the 1929 building with a facade featuring classical elements, Caribbean gingerbread details and local decorative elements. The architect, Dada Picus, created a harmonious whole in a unique and stately way.

In December 1934 the ‘Snip’, a three-engined KLM Fokker F.XVIII, flew in seven days from Amsterdam via Marseille, Alicante, Casablanca, Porto Praia, Paramaribo, La Guaria to Curaçao. This first transatlantic flight of KLM was technically only possible with several intermediate stops, an adapted cabin and without passengers. The flight was intended to station an aircraft in the Antilles. On December 23, the ‘Snip’ made her first touchdown in Aruba. On January 19, 1935, the opening flight of the regular air service Curaçao – Aruba took place. This was the first scheduled service of the KLM West-Indisch Bedrijf (WIB). On February 11, 1974, a fixed, direct connection was established between Amsterdam and Aruba.

100 years of aviation in Aruba

It has been 100 years since the first plane landed in Aruba. In the meantime, aviation has provided a strong connection between Aruba – also known as the ‘One happy island’ – with the rest of the world. This has a major impact on the local economy, which now largely relies on tourism. Aruba Airport receives approximately 2.5 million travelers per year, which means that the airport has grown considerably over the years.

About the KLM Delft blue houses

Since the 1950s, KLM has been handing out Delft Blue houses filled with Bols Jenever to World Business Class passengers during intercontinental flights. The houses are miniature versions of buildings in the Netherlands and abroad with a special history and are sought-after collectibles. Since 1994, the number of houses has been synchronized with KLM’s age. Since then, every year on KLM’s birthday on October 7, a new copy has been added to the collection.

It is the second time in KLM’s history that the choice falls on a house or building that is not in the Netherlands. On KLM’s 85th anniversary, a miniature version of the characteristic Penha building on Curaçao was chosen.

Monumentsfund Aruba is very proud to be part of this project and congratulates KLM on its 103rd anniversary. 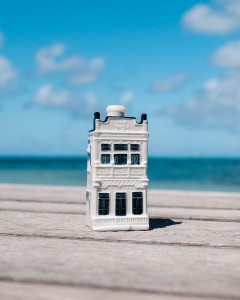 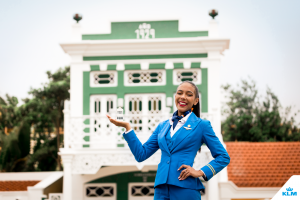