Maintenance with lime based plaster test at monument of school 1888 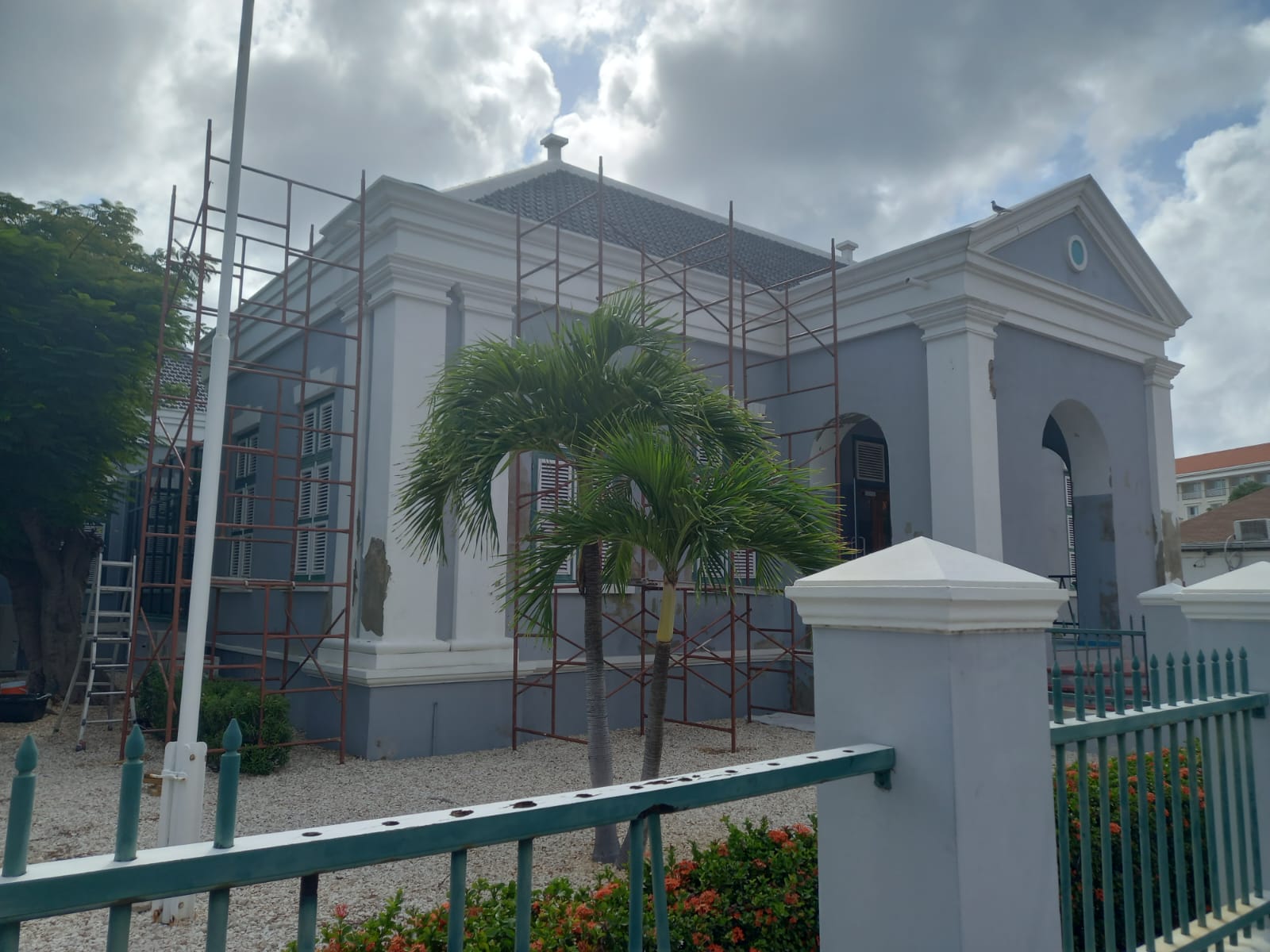 The building on Wilhelminastraat belongs to one of the 16 monuments that SMFA owns and is above all one of which is a great challenge to maintain. On several occasions it has been invested in the maintenance of this building and within a short time you can already see a notable deterioration due to the high salt content in the walls of the building. This deterioration is probably caused by the change of construction materials in the past where cement was used, which makes the walls unable to breathe and the coral stones of which the wall consists gradually deteriorate. Originally lime was used.

For this reason, Monumentsfund Aruba made the decision to do a test on the building where the existing plaster will be replaced by a lime-based plaster. The paint that will be used will also be lime based, this will allow the wall to breathe.

In recent years, Monumentsfund Aruba has carried out several investigations and courses on the lime application technique, together with experts from the United States of America and Trinidad and Tobago. In projects like the lime kiln at Rancho and California Lighthouse, lime was used to return to the original material, and it is giving a good result.

For this reason, the decision was made to apply this technique to the 1888 school monument as well. The Lime will be applied only in a part of the façade and the rest of the building will receive regular maintenance, just like the previous ones, using cement.

After receiving offers from different companies that have participated in the lime application courses, the project has been awarded to GPS Construction. An open invitation was also made to other construction companies who want to see the process to gain more experience in the technique of applying lime.

This monument was built between 1887 and 1888 and was designed by the head of the construction department in Curaçao, Antoine Martis, in a neoclassical style. Originally it was the first public school in Aruba. The school was known at that time under the name of ‘landsschool’. On March 5th the school officially opened its doors. In 1921 the school received the name Juliana school and after it moved to Madurostraat the name was changed to Prinses Margrietschool in 1943.

During the Second World War the building served as a military base for soldiers. This function brought many changes to the building. Between 1953 and 1955 the old building was restored and turned into a library and then in 1982 it became government offices.

In 2005 the restoration and expansion of the building began, where all the non-original parts were removed, and the building was expanded in a more modern style. For several years now it has been the office of the Court of Audit (ARA).

ARA will remain in the building during maintenance work. SMFA wants to thank them in advance for their cooperation and understanding and apologize for any inconvenience this project may bring. With this project SMFA will preserve another monument for the future. 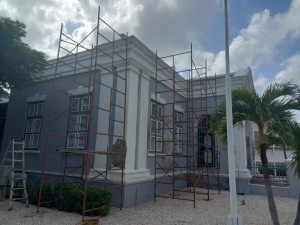 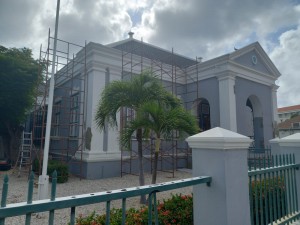