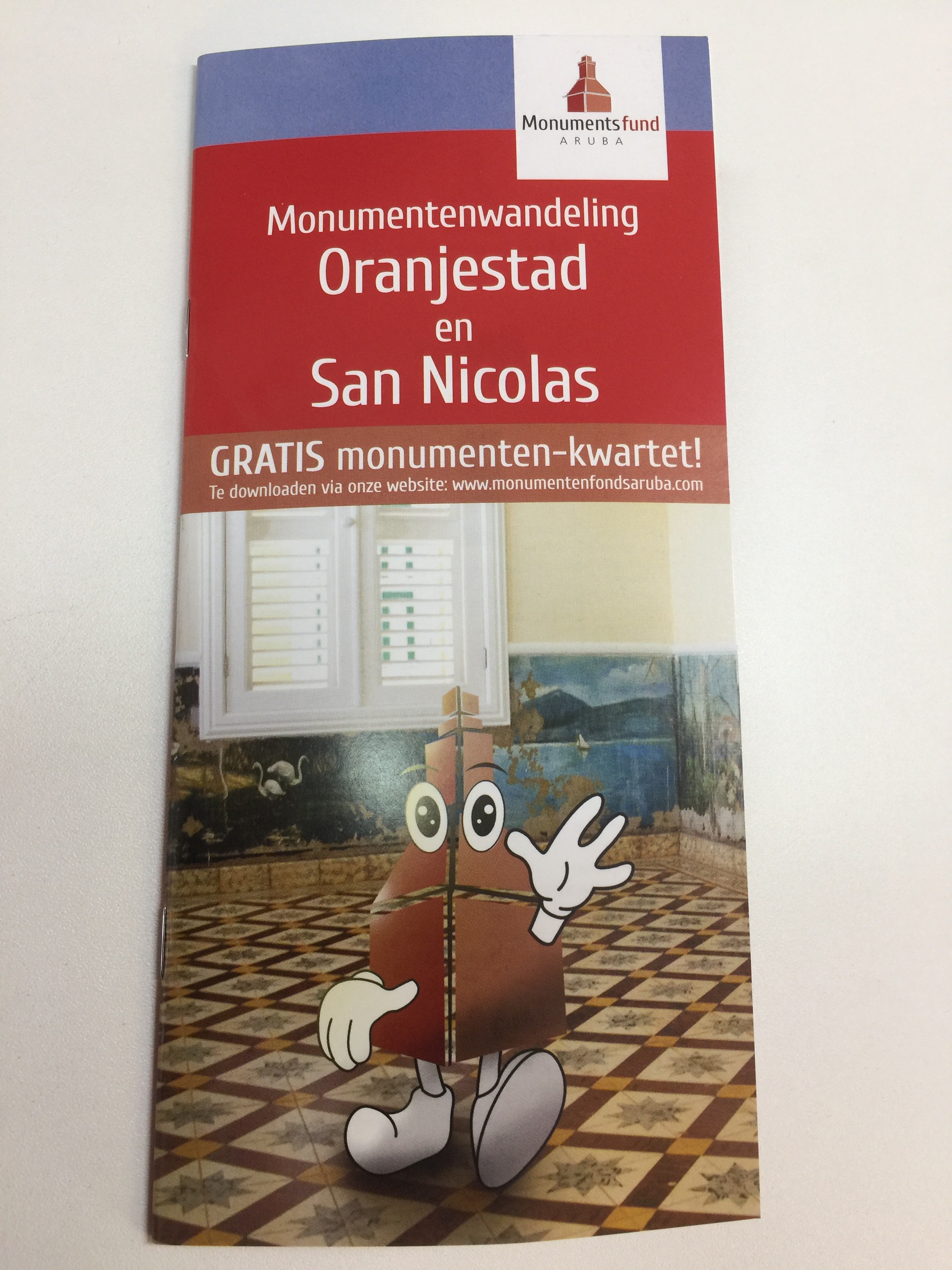 These last years SMFA has been focusing more on awareness and education about our monuments as an important part of our cultural heritage.
About a year ago two students from IPA (pedagogic institute), Magaly Kelly and Sharine Aponte approached us with the proposal to make their social project about monuments. The final result we presented on march 15 2017.

A book with two routes one in Oranjestad and one in San Nicolas for children between the ages of six and twelve to teach them about Aruban monuments in a fun way. The book does not only give information about the monuments but also about the history of Aruba and the history of Oranjestad and San Nicolas. ‘Fogonsito’,  a character created by the students will guide them through the monuments and also give them some tasks or fun facts about the buildings. Fogonsito is based on the logo of Monumentsfund Aruba which represents the ‘chimney’ of the typical Aruban cunucu houses.

There is also a free monuments card game included that can be downloaded from our website www.monumentenfondsaruba.com . We are very pleased with the final result of this project and would like to thank the students who created this walk, ADCTRA who designed the layout and also a special thanks to everyone who contributed to this project as our 20th anniversary gift and last but not least thanks to ATA and VNO for financing the printing of ten thousand books for all children of Aruba between the ages of six and twelve. 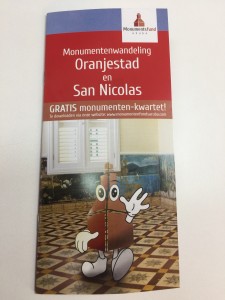 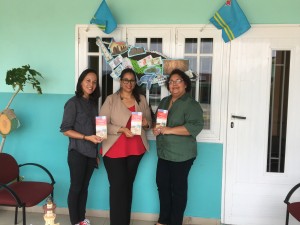