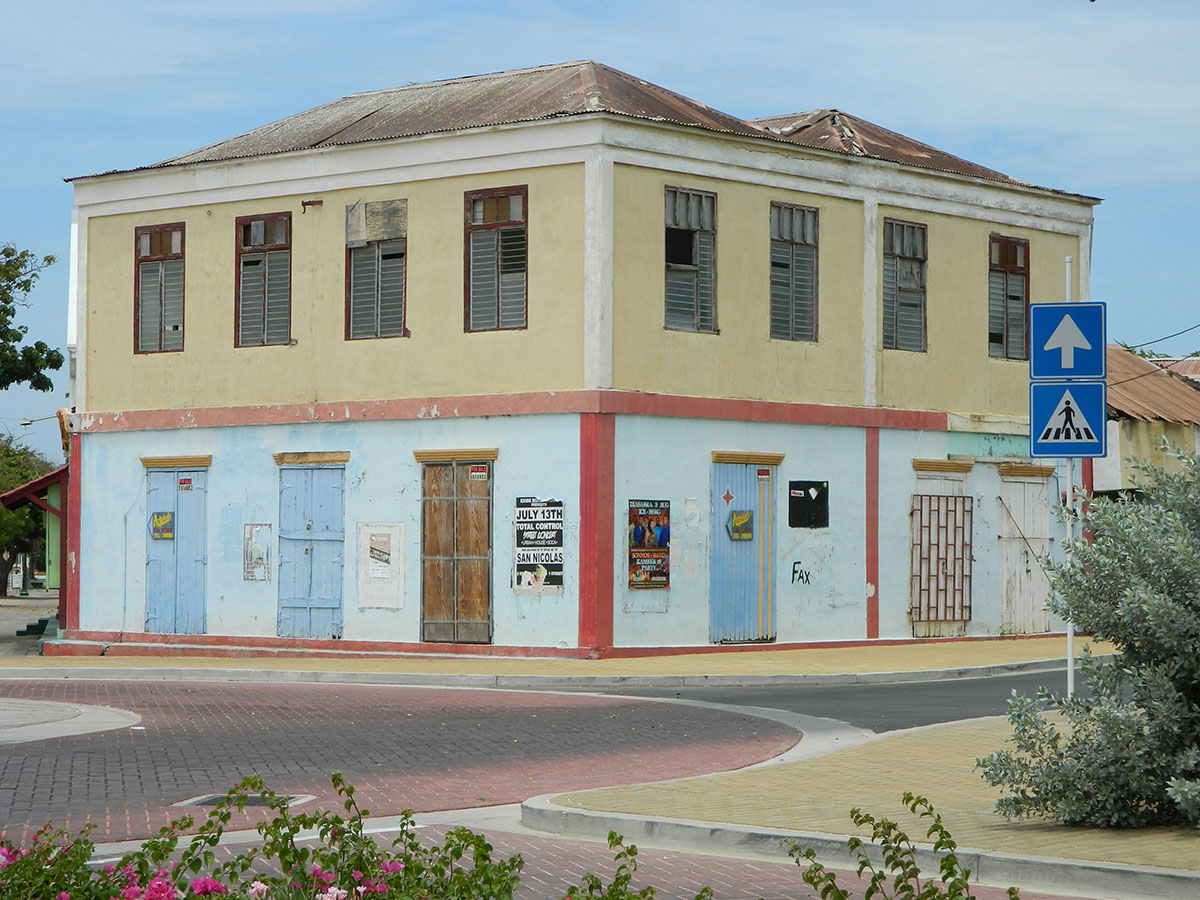 Nicolaas Store in San Nicolas is owned by the Nicolas family since it was built in the 1930’s. The shop was well known in San Nicolas, but has been out of use for a long time. The Nicolaas family, heirs of its original owner Gabriel Geronimo Nicolas, have now decided to sell the building to Stichting Monumentenfonds Aruba (SMFA).

SMFA already owns a building on this street: the restored water tower, that was completed in February this year. SMFA is very pleased to purchase this property and will restore it to its former glory. It is also a special moment for the foundation: SMFA for the first time in its history (SMFA was founded in 1996) is buying a monument from a private family. With this SMFA takes on a new direction.

SMFA will use a loan of the National Restoration Fund (NRF) from Netherlands for the restoration. In the past years SMFA restored the water towers of San Nicolas and Oranjestad with loans from NRF. Because Aruba has used the previous loans that well, the Dutch Minister of Culture Bussemaker decided to provide an additional loan of € 500,000 euros (about 1.1 million florin) via NRF.

The building is currently in a poor condition. The roof leaks, which creates further damage to the interior. It is remarkable that a large part of interior of the store has been preserved. For example, the old display cabinets and the doors on which the numbers of customers and suppliers were handwritten. And there are still the paper bags lying around with the name of the store on it.

The building is on the ’roundabout with the star’ which was completed recently by DOW. The streets and sidewalks are renewed. The restored building will complete the picture.

The restored building will house the Community Museum.