The restoration of former Botica Aruba has been completed 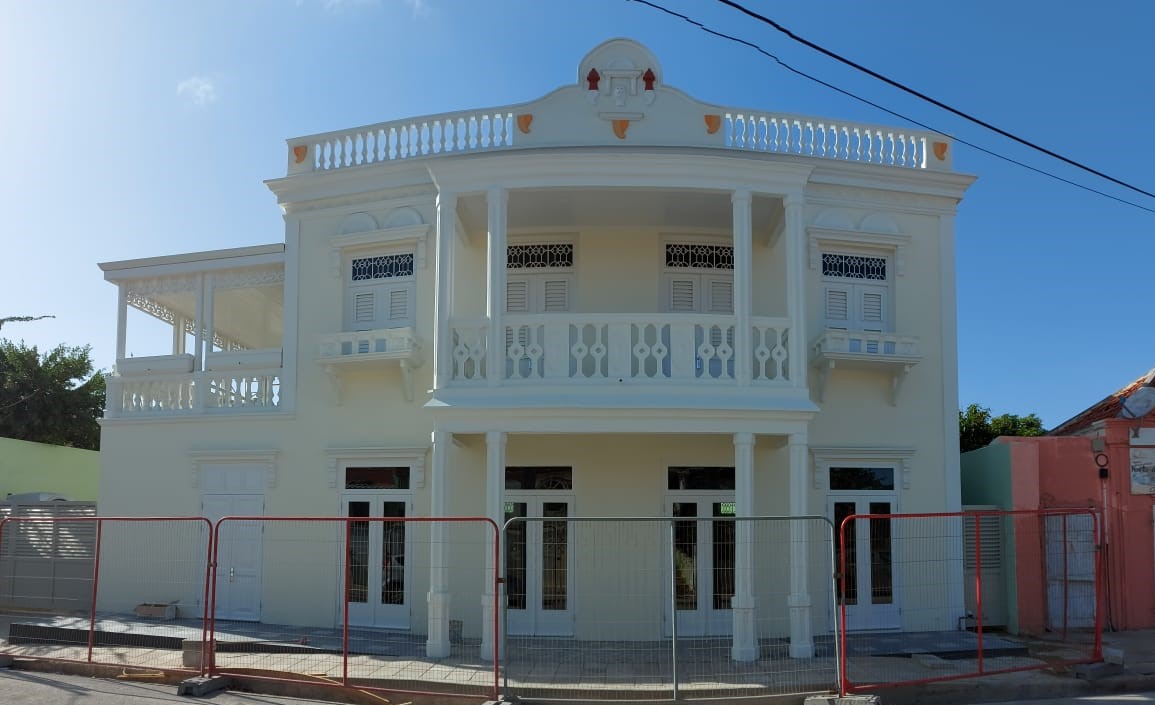 In presence of the Minister of Culture, Monumentsfund Aruba (SMFA),  celebrated the finalization of the restoration project of Steenweg 19 known as former Botica Aruba or El Mercado.

SMFA would like to thank everyone who worked on this project. The restoration project was executed by contractor Van Kessel Havenbouw NV. The design of the building was in hands of Archiosa and together with Joost ABC they did the supervision. We would also like to thank mr. Evert Bongers for researching the history behind this monument and writing the article: Botica Aruba; business of gentlemen. We would also like to thank all family and former owners that helped with information and old photographs so we could realize this project. Finally, also to Walter Mohammed our volunteer who photographed the project for us during different phases.

In the case of Steenweg 19 only the exterior of the monument has been restored. The reason for this is that there is no renter yet. Once Monumentsfund is able to find a renter and sign a rental agreement we will start with the second phase to adapt the building to the necessities of the renter. Generally, before purchasing a building SMFA has to meet certain conditions, one of the most important is that there must be an interested long term renter. In the case of the building at Steenweg 19 due to certain circumstances there was no renter at the moment of purchase but because the building was in danger of being demolished Monumentsfund decided to go ahead.
The building at Steenweg 19 is a protected monument built in 1925 by Addison Winfield Croes. In 1935 Gustave Nouel and Addison Croes started the Botica Aruba here (pharmacy). It was Botica Aruba until November 1985 when it unfortunately closed its doors. Palais hindu purchased the building and opened ‘El Mercado’ in 1993.

Now, after six years that SMFA purchased the building, we are proud to having been able to restore and bring this monument back to its original state of the twenties. A monument with lot of details and decorations. We were able to restore them all, reopen the balcony and bring back the gingerbread decorations.
With this project SMFA guarantees that the monument at Steenweg 19 will be here for many generations to get to know the history of Botica Aruba. 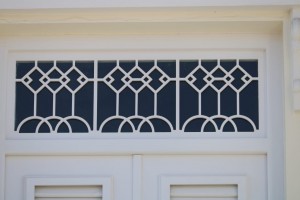 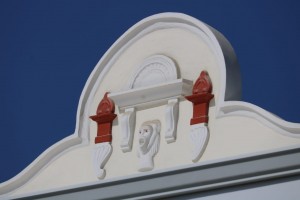 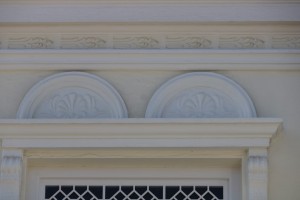 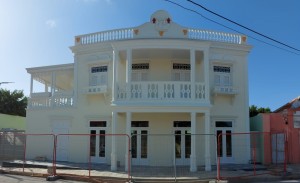 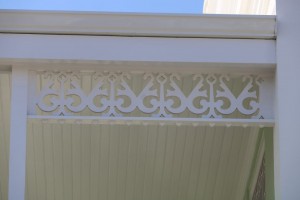 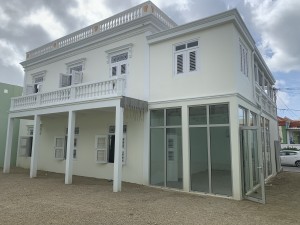 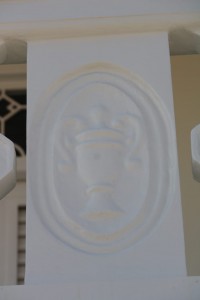