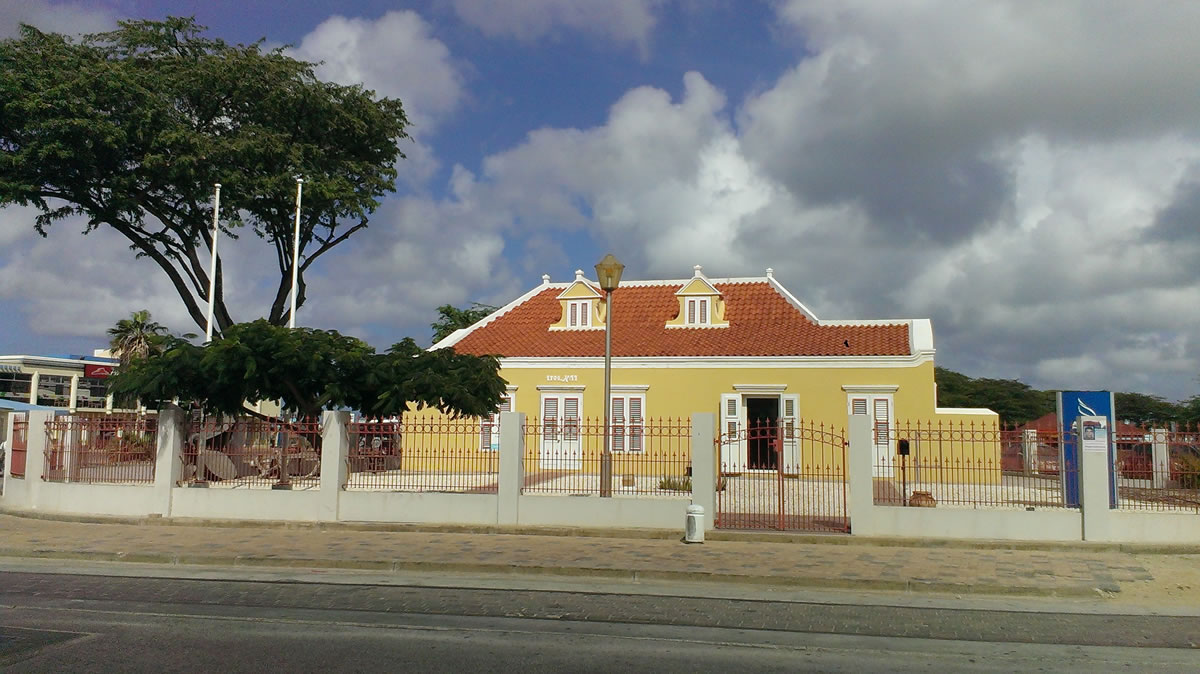 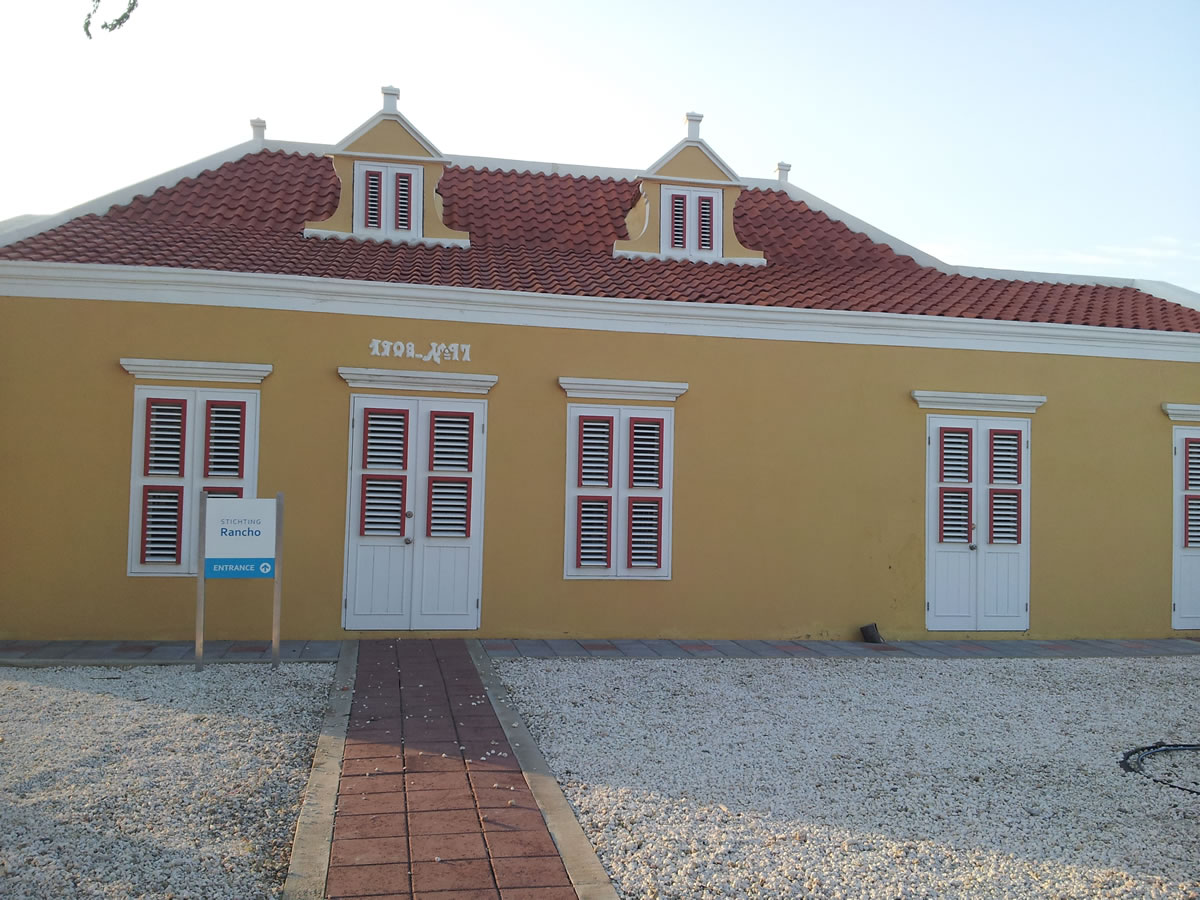 The Yellow House roof and windows 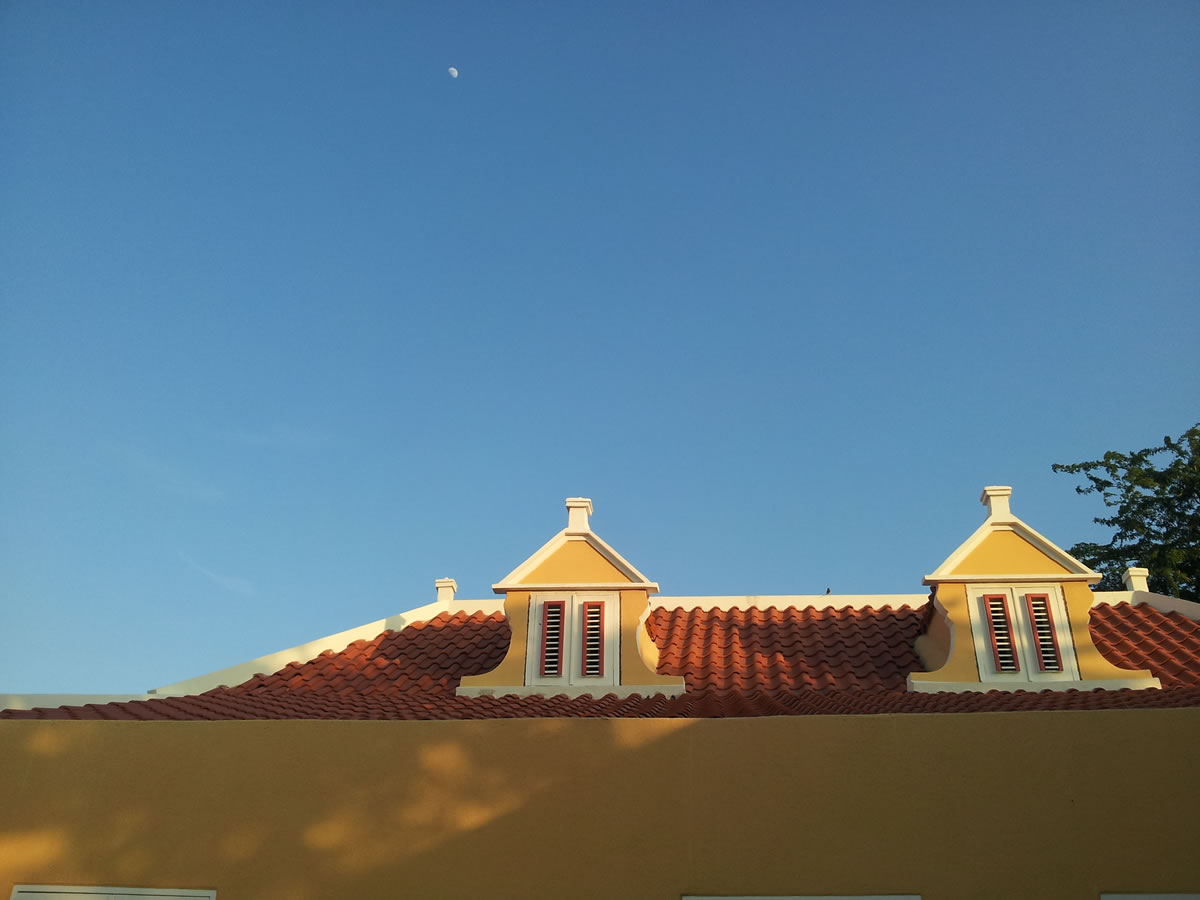 This town-country house was built by a Frenchman in 1860. The year 1908 above the central access point to a major conversion of the house after being purchased by Richard John Eman. He married Johanna Catharina van der Biest. The couple had six children, one of the daughters married the banker Gerard Eman. He is the founder of Aruba Bank.

In 1998 the bad news was received that Aruba Bank at the Caya Betico Croes wanted to demolish this town country house on the forecourt of the bank building. This was a huge disappointment to monuments conservation institutes, the building was one of the last town-country houses on the busy shopping street.

At the time the possibility of prior protection of monuments have not been approved yet by the Parliament. The monument board decided to move the property, they chose a spot on the Weststraat. Parts were packed and moved whole, other parts were disassembled and/or replaced. The project started on August 21st, 2000 and ended on December 12th, 2001.