OnFriday 22 April, four initiators of a redevelopment of a monument received the Pieter van Vollenhoven Prize. De Volmolen in Amersfoort, Fifth in Eindhoven, Fort van Hoofddorp and Uncle Louis Store in San Nicolas (Aruba) received the repurposing award for the way in which they have given these monuments a new function. In the redesignated Fort van Hoofddorp, the prize was personally presented by former chairman of the National Restoration Fund, Prof. Pieter van Vollenhoven.

Repurposing monuments is often not an easy task. With the prize, which is awarded by an independent jury of heritage specialists, Prof. Pieter van Vollenhoven wishes to express his great appreciation for the initiators: “The perseverance of these four initiators during the repurposing of their monument is admirable. They are all very successful examples. Thanks to these people and with them many people involved with a passion for heritage, the monuments within our Kingdom can be preserved.”

The prize was awarded for the first time in 2014. Every year there is a cash prize of € 10,000 available, this amount will be divided among the four winners.

De Volmolen in Amersfoort has already had several functions. It was built in 1645 for the textile industry. After that it was, among other things, a carpenter’s workshop, artist’s home and weaving workshop and from 2020 the Katoendrukkerij will be located in the Volmolen. With this repurposing, tangible and intangible heritage come together in a unique way in a monument that is once again accessible to the public. The first cotton printer in Europe was established in Amersfoort in 1678. The initiator Nathalie Cassee first carried out a year of archival and literature research into this first cotton printer in Amersfoort and then opened the Katoendrukkerij. With the Koppelpoort, De Volmolen forms the iconic logo of Amersfoort that will remain alive with this new destination.

The Fort of Hoofddorp from 1904 is part of the Defense Line of Amsterdam. The fortress island was never structurally accessible to the public and suffered serious overdue maintenance. With the restoration realized by theater producer Femme Hammer and architect Serge Schoemaker, the fortress has once again become an open space. The fortress island has now been transformed into a city park with space for catering and various cultural and educational activities. On top of the island is a small open-air theater. For ten years, Hammer and Schoemaker have worked tirelessly to repurpose the fort. They overcame several obstacles during that time. The plan received financial support from the Province of North Holland, the Municipality of Haarlemmermeer and various cultural funds. The Fort van Hoofddorp Foundation also received a loan from the Restoration Fund for the restoration.

This year is the first time that a monument in the Caribbean part of our Kingdom has received the Pieter van Vollenhoven Prize. The Uncle Louis Store monument in San Nicolas on Aruba was built as a shop and residence. After the conversion by the Monument Fund Aruba (SMFA), the building is the most sustainable office building in Aruba. The monument had been unoccupied, for years after its last use as a customs office. Decay had already set in when the foundation bought it. Without this initiative, the building would have continued to deteriorate, possibly resulting in demolition. This is the fate of many monuments in Aruba. After the purchase of the property, SMFA experienced several setbacks, including finding a tenant. During the restoration one had to deal with many ‘surprises’, but in the end everything was brought to a successful conclusion. Older residents of San Nicolas were moved to see the result.

The former gas factory in Eindhoven from 1901 has been given a new lease of life by Hein Stiphout. After the redevelopment it is now a jazz club with restaurant, stage hall, separate city bar and coffee roaster under the name: Fifth l NRE. Due to the repurposing of the building, the former gas factory, part of which was no longer allowed to be entered due to the risk of collapse, has been preserved for the future. The process of repurposing took almost 10 years, partly as a result of the spatial planning procedure. The exterior and interior have been kept in their ‘raw’ state as much as possible, so that more than 100 years of industrial heritage has been preserved with an eye for sustainability. With the repurposing of this municipal monument, the cultural offer in Eindhoven has also been broadened with a stage for specifically blues and jazz music. 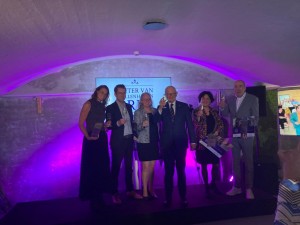 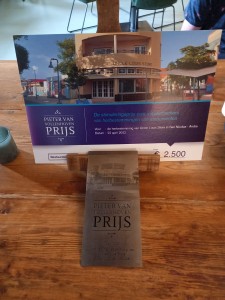 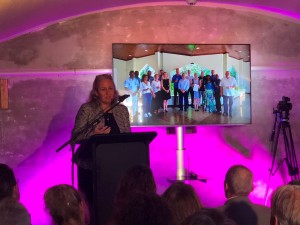