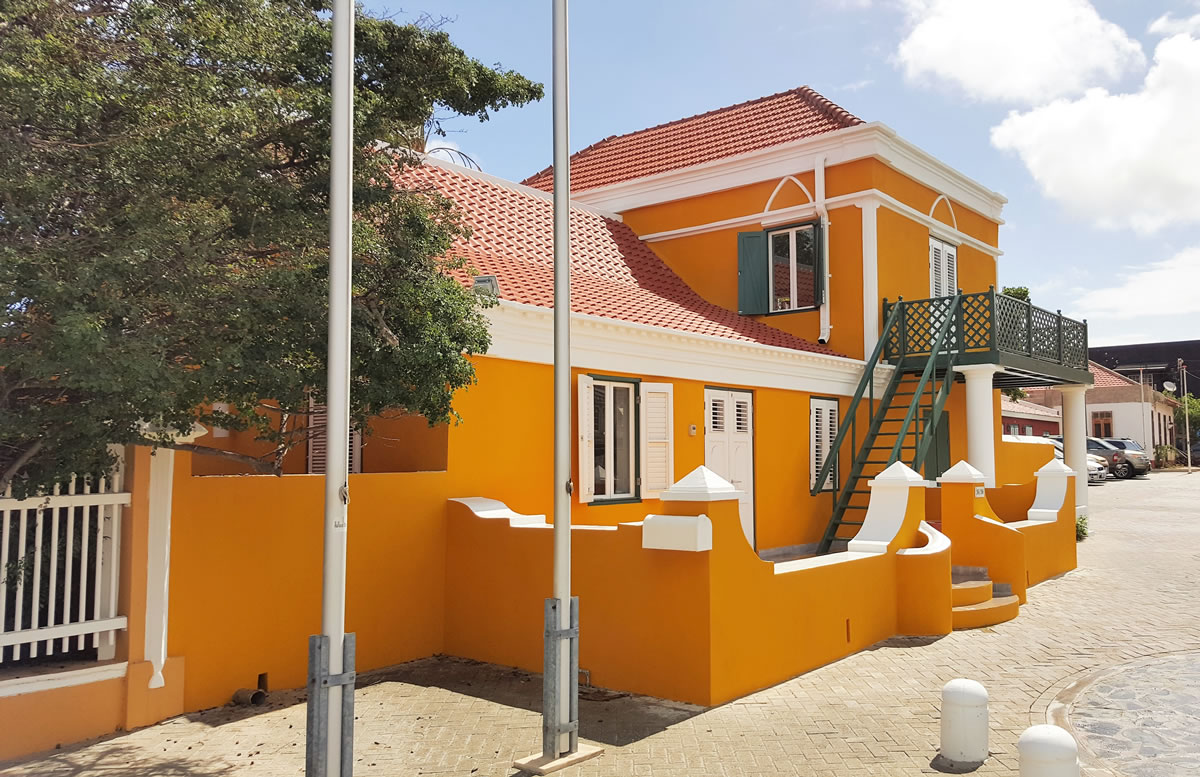 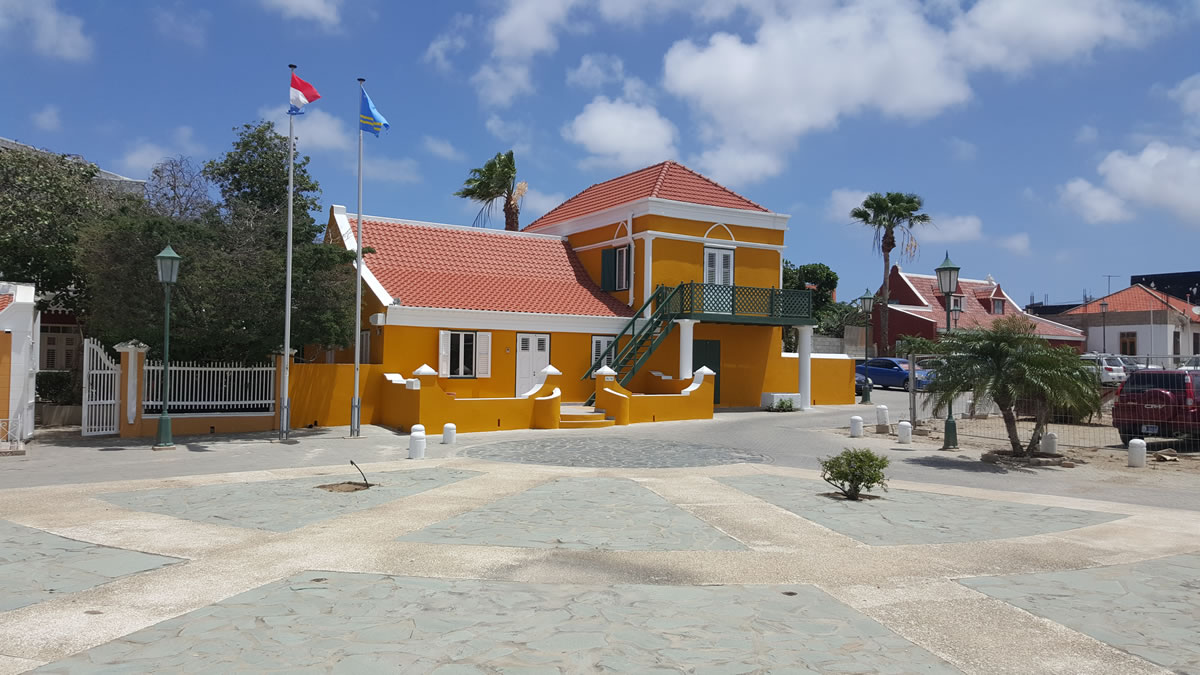 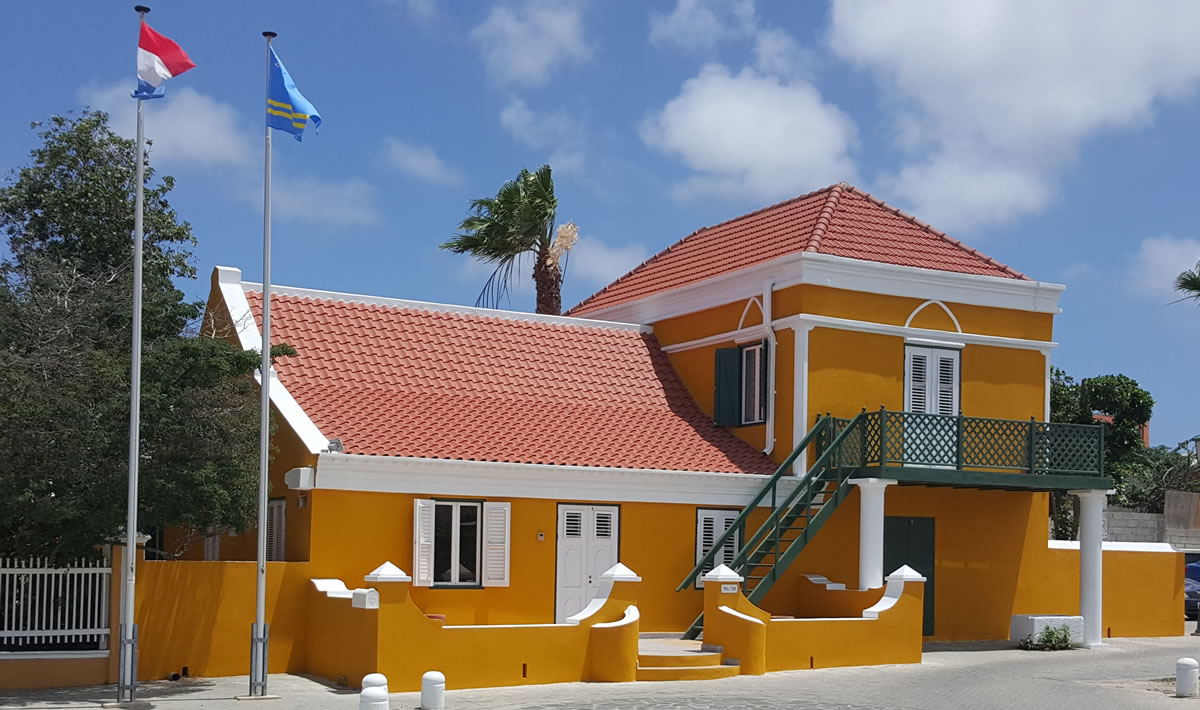 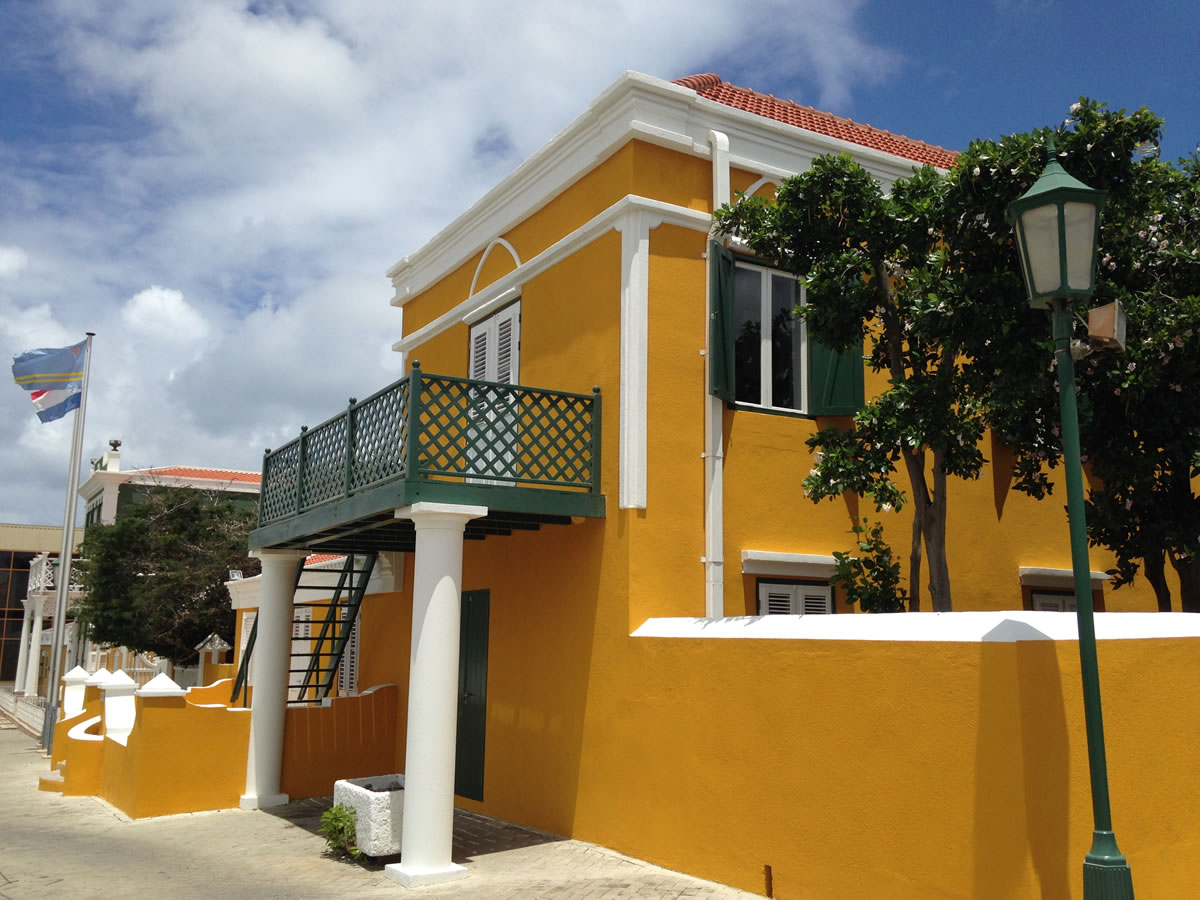 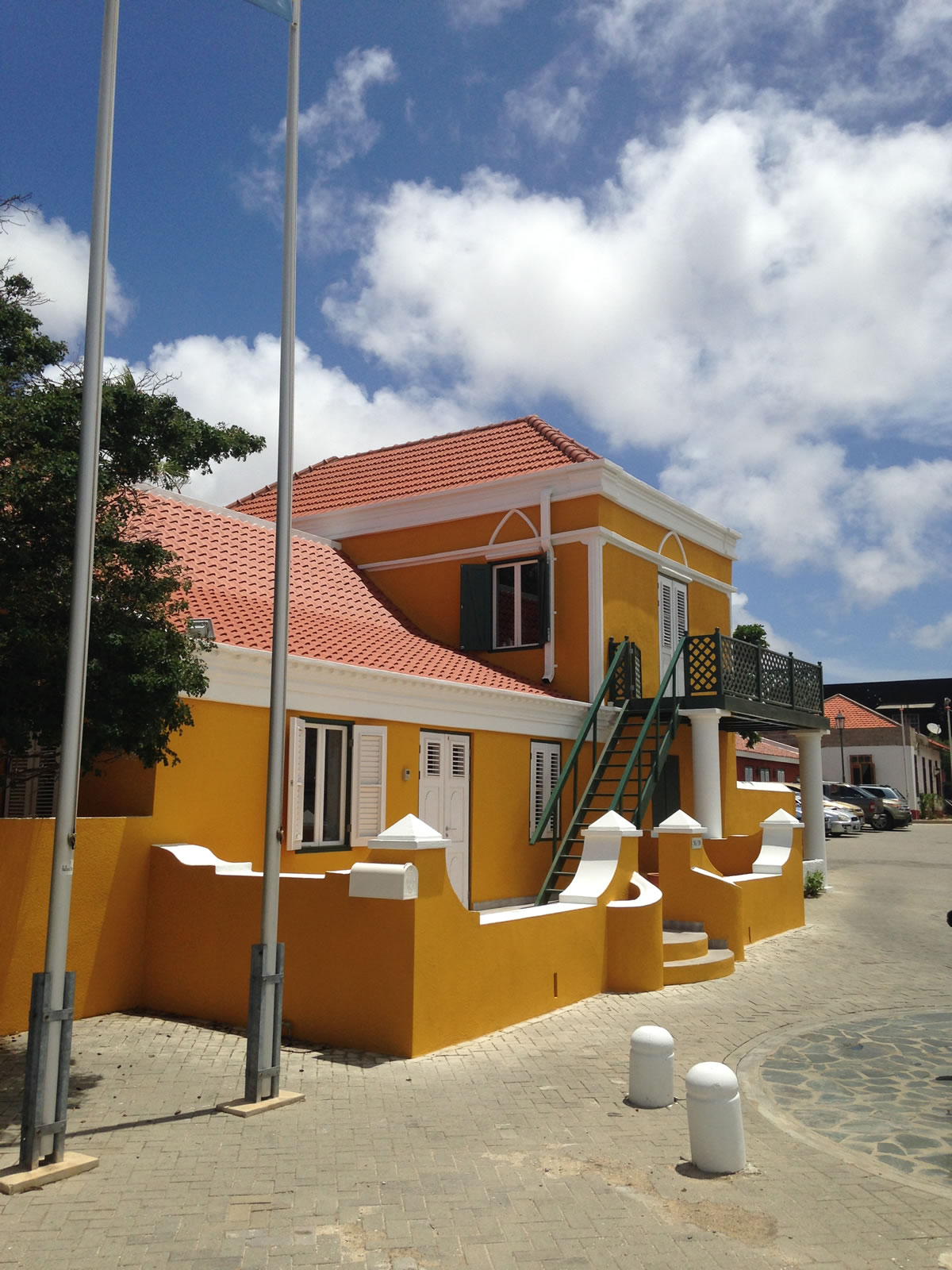 This house was built at the end of the 19th century. This country-town house (no 38) and the in the first half of the 20th century built merchants house (no 36), forms a two-unit building. Abelardo Henriquez was the owner of this property. He was a tailor, ship owner and merchant. This building used to be called ’la casa de la municipalidad’ (the municipality house) because Henriquez did a lot of good deeds for the community. The high merchants house at no 36 was probably built around the turn of the century. The house has the characteristics of a warehouse, but it is known that, the upper floor was used as a dwelling.

On April 17, 1997 the Monuments Fund of Aruba managed to purchase the complex from Abelardo Jr. The building was restored and was completed in 2002.

In 2015 the Henriquez building currently houses the Monumentenbureau (Monument office).