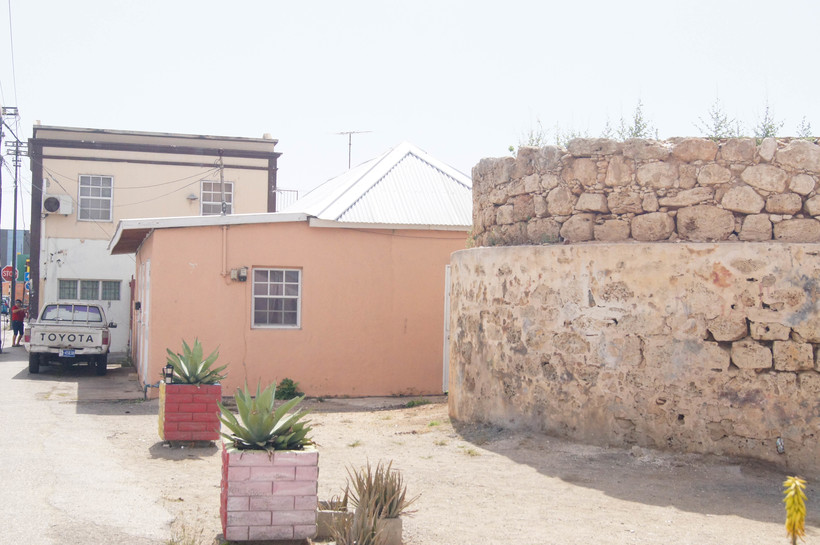 Hendrik Eman received the concession to dig wells in Madiki and Saliña in 1905. He pumped the water through a pipe system to the port in Oranjestad to supply his ships.He pumped the excess water to the stone water tank in Rancho where it went to private taps. It cost 75 cents per tap per month. After Eman died in 1914, the system was no longer maintained.

The water was pumped into the tank at the top and at the bottom it flowed under pressure through an iron pipeline to the taps.

The water reservoir is a protected monument, the only one of its kind and belongs to the early industrial heritage of Aruba. It was handed over to the government in 1970