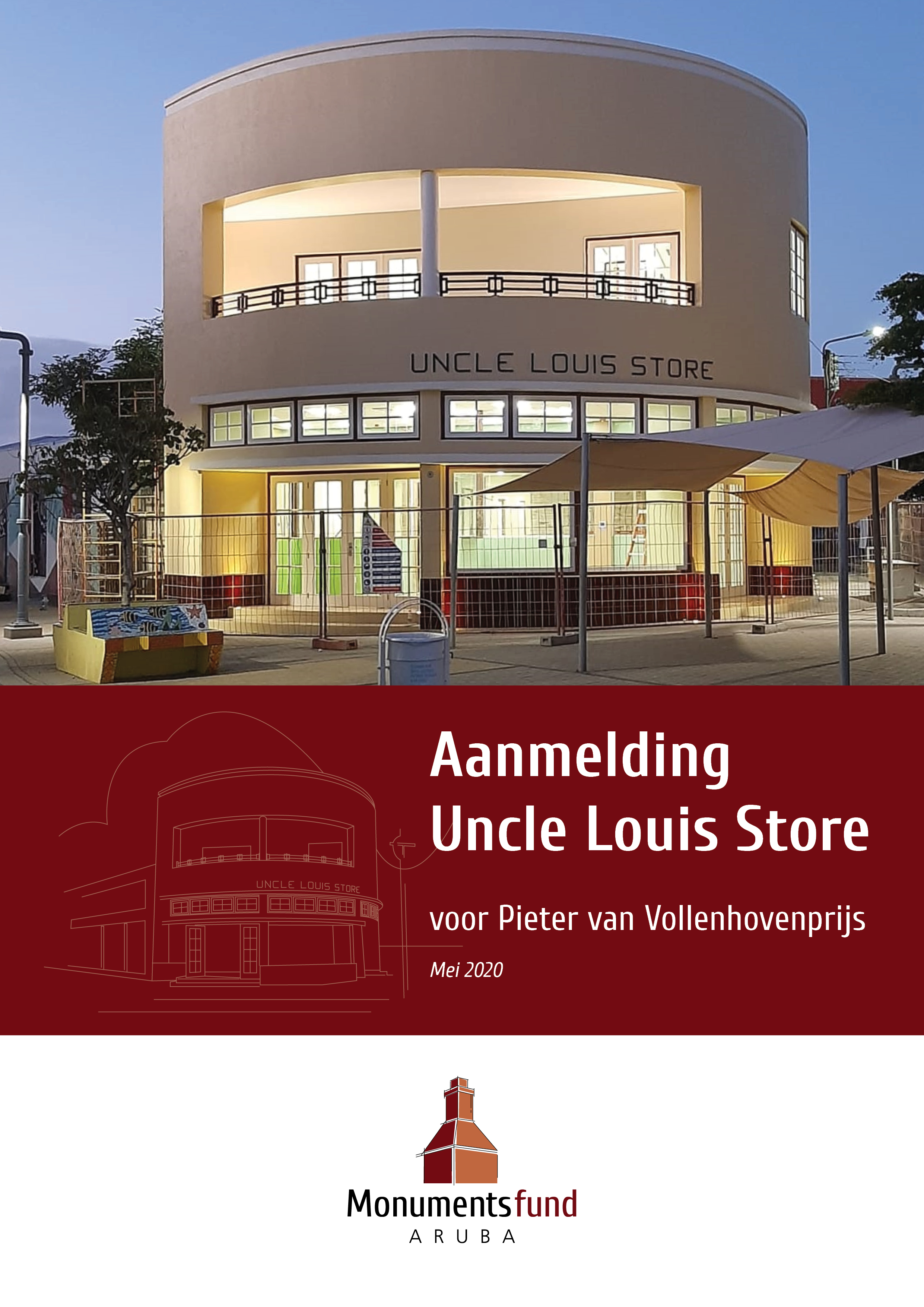 The Pieter van Vollenhoven Prize is an annually recurring prize to a private individual or organization that has taken up the challenge of preserving a monumental building in the Dutch Kingdom by giving it a new destination.

For the first time Monumentsfund Aruba has registered a monument to participate. The chosen monument is the Uncle Louis Store. This recently restored monument meets all criteria to be able to participate.

Some of the criteria are:
The repurposing has been fully implemented.

The restoration was completed a maximum of three years ago.

The project is located within the Kingdom of the Netherlands.

The repurposing has been carried out while retaining the character and identity of the building.

Making the property more sustainable during the restoration is an advantage.

Monumentsfund is very proud of this project and hopes to win the prize. In that case it will also be the first time the prize is awarded outside the Netherlands.